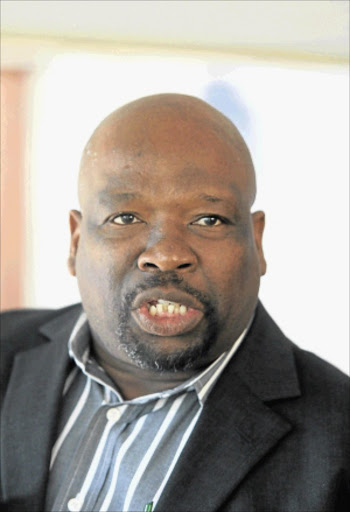 PLEASED: Mandla Mthembu, president of the African Farmers Association of South Africa in KwaZulu-Natal, says he is happy that the Land Bank has made available R75-million to the National Emergent Red Meat Producers Organisation to start a new financing facility for emerging farmers in South Africa. PHOTO: VATHISWA RUSELO

For years black farmers have complained about the Land Bank's prime plus 6% lending criteria, poor turnaround time and the collateral required before the approval of funds. The Land Bank also struggled with allegations of corruption and mismanagement of funds.

After three years of negotiations with the Land Bank, the National Emergent Red Meat Producers' Organisation (Nerpo) announced that the funds will now be available at a fixed 4% interest rate and would be dedicated to growing black farmers.

Nerpo will finance farmers from between R100000 and R1-million to improve infrastructure such as fencing, farm access roads, irrigation, tunnels and general things that enhance the business.

Applicants need only have access to land and do not have to own it. They only have to present the lease agreements to Nerpo and if their credit record meets the requirement they will be considered. Even those who have been blacklisted can apply and will be considered depending on the outstanding debt they have to settle.

Mohammed Kabir Sizwe, head of emerging retail markets at the Land Bank, said anyone involved in livestock farming would be considered but funding will be exclusively for black farmers.

"One of the key challenges black farmers face is that farming infrastructure is usually dilapidated or nonexistent. If a guy has been farming and is well established we may charge him a higher interest rate but our base is 4%," Sizwe said.

"If you have an ITC blacklisting, our responsibility is to rehabilitate you. But if you have a judgment, it requires a certain legal moves to be done, so we cannot advance the loan because it would be reckless lending."

Sizwe said those benefiting from this new initiative had to be stay for a maximum of five years and graduate into becoming sustainable commercial farmers.

"We say if you have access to the land that you can prove, we will finance you. It does not have to be yours," he said.

Mandla Mthembu, president of the African Farmers Association of South Africa in KwaZulu-Natal, said access to finance was a big challenge for black farmers.

"There was no strong entity that could look into the smallest farmer on the lowest rung of the ladder. What the Land Bank has done is actually changing the scenario.

"Money was given to cooperatives and you would find that others were not active and they would use the funds for wrong things.

"Giving the owner of the farm the money, gives that person accountability."