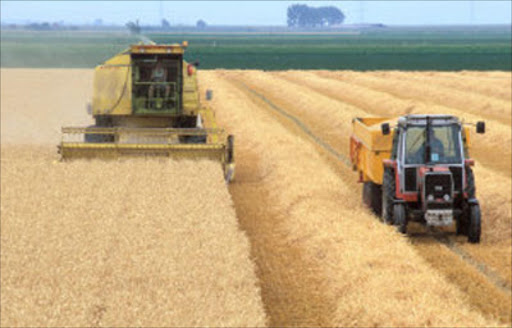 The government will train more than 2,000 small farmers over the next year in cost-effective farming methods, according to documents tabled with the 2012/13 Budget in Parliament

The Estimates of National Expenditure says the farmers will also be advised, by the department of rural development and land reform on which crops to plant.

“Improve access to affordable and diverse food by training 2,120 farmers in cost effective farming methods and advising them on the different types of crops that can be planted efficiently in different areas by 2013,” the document states.

The department of agriculture will redirect resources to smallholder farmer support programmes in an effort to rejuvenate the shrinking sector, National Treasury said on Wednesday.

“The agriculture value chain is one of the priority sectors in government’s industrial policy action plan for economic growth and job creation.

“Resources will be redirected to smallholder farmer support programmes, such as extension services, and farmer training and market access support.”

According to the budget documents, the department’s spending focus over the medium term will be on making transfer payments of R2.9 billion to the Agricultural Research Council.

The National Agricultural Marketing Council will receive R99.2 million, and the Land and Agricultural Development Bank of SA R99.8 million, “in respect of the broad-based black economic empowerment framework for agriculture”.