Get your slice of R300bn pie 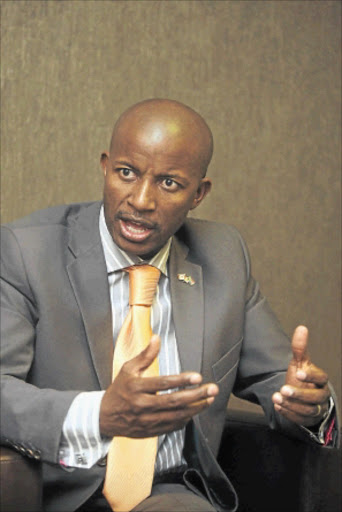 BLACK entrepreneurs should consider branching out into the franchising business sector because an outstanding factor is its resilience during tough economic times, says the head of franchising at Standard Bank, Thabiso Ramasike.

Ramasike yesterday outlined some of the developments in the franchising industry in South Africa and the policy guidelines entrepreneurs needed to adhere to when entering the franchise market.

A study conducted by the bank in 2008 revealed the franchise industry was worth almost R300 billion which accounted for about 12% of South Africa's GDP.

More than 500000 people were directly employed by the sector that comprises 30000 franchise outlets.

Franchising gives entrepreneurs an opportunity to buy into a business with a proven track record, a system that works, consistency, predictability, management support, sales support and marketing support. The franchisee pays a fee to the franchisors who own and develop the brand.

Ramasike said during a recession, franchises displayed more resilience than other business sectors of the economy.

"For a simple reason you are not flying alone, you have a brand owner who has been around for the past 10 years. You get the support as to how you should market and the brands to sell," said Ramasike.

The latest figures by Standard Bank revealed that there were about 700 franchise brands in South Africa. Among these are brands that have been in the market for decades, while some are new entrants that are growing substantially.

Only 170 brands are under the jurisdiction of the Franchise Association, which is a voluntary body established to ensure norms and ethics are maintained.

There are 17 different sectors within the industry which include, fast foods, retail and fuel. The fuel sector, which is one of the biggest contributors, alone has over 4500 outlets under its wing and comprises seven different brands.

Ramasike said there were important factors to consider when one chose to become a franchisee.

"Before you think about a brand, first decide as out of the 17 sectors, which one do you want to be part of and then reduce it by identifying the key role players.

"You have to see which brands are very successful, which ones are average. "Once you have made your selection, then interrogate these brands and ask them what you need to do to qualify and how long it takes for one to get off the ground," he said.

Ramasike said over 80% of entrepreneurs who met the requirements of the franchisors did get funding from the bank. However, the franchisors always required the owner's contribution, which ranged between 40% to 50% of the money needed.

"The market is evolving and we have seen growth in the number of black entrepreneurs who buy into franchises, but we need more black businesses to replicate their enterprise in other areas by turning them into franchises," he said.