Business skills key to her success 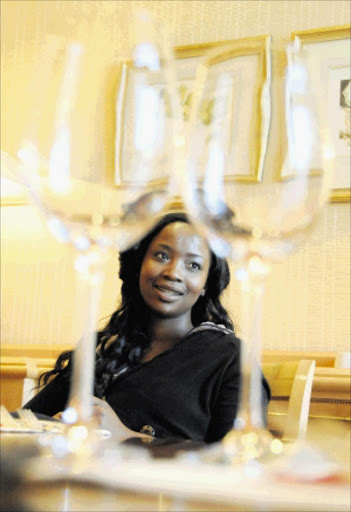 This is thanks, the 27-year-old says, to her having attended a Nedbank Small Business seminar.

Motsatse, of Boksburg, was working at a gym when she came up with the idea to start her own cleaning business.

She realised many people wanted to hire somebody else to do their cleaning and laundry, but were apprehensive to employ domestic workers because of security concerns and they wanted privacy in their own homes.

"Between June 2009 and April 2010, while I was busy making presentations to property owners, I got my breakthrough at the Parkland Estate," she said.

Soon after that Motsatse secured her first long-term contract with a church in Pomona, Kempton Park.

Motsatse said she attributed her business success to having attended a Nedbank Small Business seminar.

"I used to throw all my receipts and other documents at our bookkeeper without worrying about the details of my company's performance," Motsatse said.

After attending one of Nedbank's small business seminars in Gauteng she has never looked back, she says.

In 2004 Nedbank decided on a strategy to make make a difference in the small business sector.

Sibongiseni Ngundze, managing executive of retail relationship banking at Nedbank, said the bank went through an extensive process to determine what it knew about the market and the intervention it would make in the small business sector.

Ngundze said a lack of funding was the biggest threat facing more than 30% of entrepreneurs.

"One of the biggest challenges faced by entrepreneurs is the access to new markets and their ability to be competitive," he said.

The seminars are free of charge and provide a variety of skills to entrepreneurs, including, among others, writing business plans, human resources management, marketing and cash flow management.

An estimated 15000 entrepreneurs have attended the seminars since 2004.

Entrepreneurs also get the opportunity to be mentored and coached by experts in various business sectors. Dates and venues for the seminars are advertised in the media.