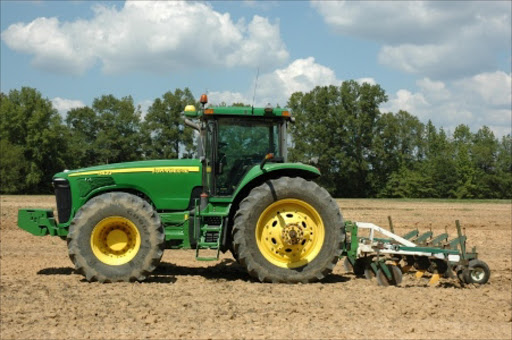 WHAT a flop! The Mpumalanga department of agriculture's failure to distribute 85 tractors worth an estimated R34 million has resulted in most of them being stripped by thieves.

The tractors were donated by President Jacob Zuma to boost needy farmers in Mpumalanga.

They have been gathering dust at the Matshiding playground near Siyabuswa in Mpumalanga since they were donated in June.

Sowetan reported last week that farmers were angry that five months after the donation they had yet to benefit from the equipment and plough the land.

Each tractor is worth just under R500,000, but they are getting rusty because the province's agriculture department has failed to register them with the traffic department.

"We are really disappointed that our dreams as emerging farmers have been let down again," said Mashike Mmekwa, a farmer from Lefiso village.

The tractors were part of a R500 million government Masibuyele eMasimini programme which seeks to provide black farmers with hi-tech farming equipment.

In Mpumalanga, the project is managed by Ben Sibanyoni.

Nelisiwe Sithole, head of the province's agriculture department, said she was aware of the missing parts and promised to take action.

The provincial agriculture department is not new to controversy involving the wasting of money.

Earlier this year Sowetan reported how officials in the department had squandered more than R100 million earmarked to help emerging farmers.