Community up in arms over R1bn BEE deal 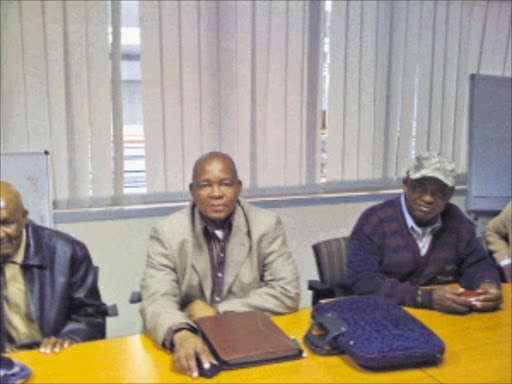 As President Jacob Zuma cemented relations with China, the community of Baphalane at Ramokokastad in North West wants him to reverse a R1 billion black economic empowerment deal with the Chinese because it is "fraudulent".

Led by Kgosi Modise Ramokoka, the community says the deal was done without their being consulted and "amounts to corruption" by the Limpopo Land Claims Commission.

The deal, worth R1,7billion, is of a cement manufacturing plant at Nooit-gedacht, the Baphalane's land, now part of Limpopo.

According to a gazetted memorandum issued in 2006, the Commission on Restitution of Land Rights transferred the Nooitgedacht area back into the ownership of the Baphalane.

"We held a big celebration in 2008, happy that our forefathers' land was given back to us. We were shocked to see operations starting on portion 11 this year and read in the papers that a cement mining operation was on the way," Ramokoka said.

"We had approached the Presidency and former minister Buyelwa Sonjica, who had since promised to investigate."

He said the commission's ruling was overlooked by the regional Limpopo Land Claims Commission, which had "deliberately withheld portion 11" and did not include it in the transfer.

Ramokoka said as the rest of the land was transferred. Lindiwe Sibanyoni of the regional commission told them that portion 11 was not transferred as stipulated in the Gazette because it had "mining potential".

Regional land claims commissioner in Limpopo Tele Maphoto said allegations that some people in his office stood to benefit from the "mining potential" land was untrue.

"We will fight for our land in the highest court in the land. We have been overlooked and ignored when multi-billion rand deals are struck on our own land," said an angry Ramokoka.